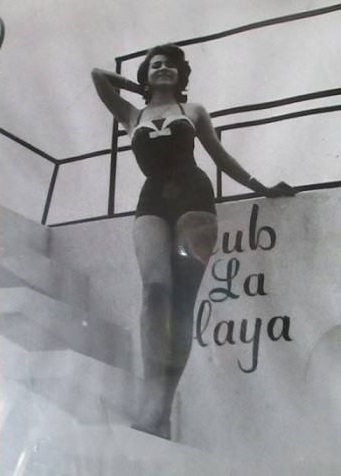 Luz Argentina Chiriboga as the Belle of Esmeraldas

Luz Argentina Chiriboga is one of Ecuador’s premier Afro-descendent writers. Her literary scope is wide – narratives, essays, novels and poetry – that encompass her work as genealogist, linguist, environmentalist and human rights activist in the arena of Afro-Latina women and culture.

The future novelist, poet, and political activist was born in 1940 to Segundo Chiriboga Ramírez, an agricultural laborer, and Luz Maria Guerrero Morales. She was one of ten children.  The family lived a half-hour, by canoe, from the port city of Esmeraldas, where in her youth, she entered and won a beauty contest.  As an undergraduate she studied biology, with a focus on ecology, at the Universidad Central del Ecuador

At the age 22, she married fellow Afro-Ecuadorian Nelson Estupiñán Bass, who had by then had earned international recognition for his politically-charged novel, When the Guayacans Were in Bloom. They relocated to Quito, where she raised their children.

A few years later, Chiriboga took up writing herself, inspired by a visiting circus. She began to compose both poetry and drama, and by 1976, was made President of Ecuador’s National Union of Women. By 1981, in addition to producing a volume of ecologically-themed poetry entitled, La Voces de Vida (“The Voices of Life”), she took on sexism and misogyny with her critical essay, published in Ecuador’s Revista Cultura,  “La música popular frente a la mujer,” which criticized the treatment of women in contemporary songwriting.

Chiriboga has participated in international conferences, including at UNESCO. She has been a frequent guest of universities in the Americas, Africa and the Caribbean to give seminars on literature.  The Esmeraldas branch of the Casa de la Cultura Ecuatoriana Benjamín Carrión has given her awards for her cultural productions. 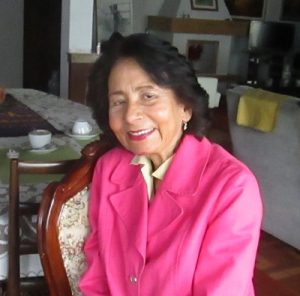 Her novels and stories explore themes of racial and sexual identity in a patriarchal, parochial, and racist culture, with such volatile subjects – for Ecuador – as birth control, domestic violence, homosexuality, and female sexual autonomy.  The fiction also incorporates elements of magic-realism, and has been widely praised. Among her honors is first prize in the Liberator General San Martín International Literary Contest for her 1986 short story, “El Cristo de la mirada baja.” She won again in 2006. She has been the topic of many scholarly works, both articles and theses. The US-based journal, Afro-Hispanic Review, has published analyses and interviews with her, as well as premiering her new stories. Luz Argentina Chiriboga’s works have been translated into English, French, Italian and even the Andean idiom, Quechua.

The short story, “The Mansion,” translated by Juanita Coleman.

The first chapter from her novel, Drums Under My Skin (via Google Books).

The first chapter from her novel, The Devil’s Nose (via Google Books).

Published in English are the following (list includes links to Amazon.com):

* Between the Silence of Voices: An Anthology of Contemporary Ecuadorian Women Poets (Quito, 1997)

An interview with poet and artist Carol Beane, translated into English (live link, via Google Books):

Chiriboga: A Conversation, by Carol Beane

Abstract for the thesis, “I am very dark, but comely”: Consciousness and Black Women in the Fiction of Ecuador’s Luz Argentina Chiriboga, by Ingrid Watson-Miller, PhD, Norforlk State University.

“Nothing but onions and peppermint”: A comparative look at the blues bodies in Luz Argentina Chiriboga’s “Drums Under My Skin” and Gayl Jones’ “Corregidora,” by Tiffany Austin, PhD, Florida Memorial University (request must be made through the website).

Beyond the Caribbean, the Afro Hispanic difference in continental Spanish American literature: Memory, transatlantic journey, slavery, and rebellion in three contemporary Afro Hispanic novels, by Rosario Montelongo de Swanson, PhD, University of Massachusetts-Amherst (request must be made through the website).