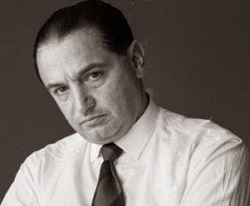 Jorge Icaza was a bookstore owner by profession. A resident of Quito, he visited his uncle’s Riobamba hacienda in the sierra in 1912. He attributed the inspiration for his best-known work, Huasipungo 1934 (The Villagers) to this contact.

The early years of the 20th century were ones of political and economic chaos in Ecuador. The liberal groups of the coast contrasted with those of the conservatives in the highlands. When cocoa prices plunged, the decades of the 1920s and 1930s saw numerous uprisings of peasants, workers and artisans. Some works, such as Luis A. Martínez’s Al la costa 1904 [To the Coast], portrayed the conservatism of the religious and land-owning groups. In the same year as the massacre in Guayaquil (1922), Pío Jaramillo’s El indio ecuatoriano [The Ecuadorian Indian] appeared.

Intellectuals, especially of the Generation of 1930, were located in the sierra and on the coast as well: Demetrio Aguilera Malta, José de la Cuadra, Gilberto Gil, Gallegos Lara and Pareja Diezcanseco in Guayaquil, and Humberto Mata, Fernando Chaves and Jorge Icaza in Quito. While the influence of Positivist thought on literature was slow in disappearing, new approaches became evident. Ecuador, a country whose population was mostly indigenous at the turn of the 20th century – and still is – had, previous to 1900, seen few works that dealt with this group. Of these, Cumandá (1879) by Juan León Mera, was the best known.

This indianista or romantic and religious perspective, was never able to provide an accurate portrayal of stark Andean economic and racial conditions. The Mexican and Russian Revolutions of 1910 and 1917, respectively, along with World War I, had brought social concerns to the forefront of literature as well, with indigenous rights entering debates in the 1920s. Icaza’s generation sought to produce an authentic Ecuadorian literature amid the cultural clashes.

This literature would be one with greater focus on the plight of the mestizos, more in line with the Mexican José Vasconcelos’s La raza cósmica (The Cosmic Race) concept than the socialist José Carlos Mariátegui’s statements that an indigenous literature would develop when Indians wrote it, implying that such a literature could come into being.

Nevertheless, writers of the 1930s and 1940s in Ecuador have been considered members of the indigenista school in their treatment of native characters. It is in this aesthetic and political context that the emphatic, harsh style of Jorge Icaza first captured the attention of readers. When he began his career, Icaza declared that he had read Marx, Lenin, Freud, and Russian novelists such as Tolstoy and Dostoevsky, concerned with themes of social redemption. The plight and the language of Quechua Indians in Ecuador was taken by his public to be a daring portrait of national reality.

While recognized as the author of short stories and plays, and although his novels show dramatic characteristics in the structure of scenes and dialogues, Huasipungo continues to be the most widely cited work, and the one that established his fame primarily as a novelist. It has also contributed to his perceived role as “Defender of Indians,” in which capacity he traveled to other countries.

Huasipungo is the story of the circumstances which provoke an Indian uprising, led by Andrés Chiliquinga after his mate Cunshi dies from eating tainted meat. The characters are representative of the main groups which live, work, and otherwise interact in the Andean highland. The landowner, Pereira, deals with the political and religious leaders in order to maintain his control over the Indian workers, and is aided by the cholo type who has lost his class and ethnic identity. The Indians are considered less than human, and are forced not only to work under the crudest of conditions, but also to tend to the needs of the patrón’s family, down to nursing his unmarried daughter’s child.

They are starving and ignorant, the condition which leads to the retrieval of spoiled meat after it has been buried, and subsequently to Cunshis death and Andrés’s maddened rebellion. The final words of the novel, uttered in Quechua, have become famous as the expression of Indian protest, although it is admittedly difficult to feel much will come of any movement, given the negative characterization of the people throughout the novel.

Later works, except for Huairapamushcas (Hijos del viento), 1948 [Sons of the Wind], focus more on the figure of the mestizo or person of mixed-blood: Cholos, 1937 [Half-Bloods], En las calles, 1935 [In the Streets], a novel whose theme is the 1932 civil war, Media vida deslumbrados, 1942 [Blinded for Half Their Lives], El chulla Romero y Flores, 1958 [The Chulla Romero and Flores], and the trilogy Atrapados, 1972 [Trapped]. Icaza’s short stories – Barro de la sierra, 1933 [Sierran Clay], and Seis veces la muerte, 1954 [Six Times Death] are also set in indigenous communities. The mestizo characters are seen through a Freudian perspective which takes stock of the negative effects of the indigenous heritage – effects only justifiable from a middle- or upper-class viewpoint.

Icaza’s Indians and mestizos have come to represent character types which in turn represent social classes and collective behaviours. While the Quechuas are brutally oppressed, the mixed bloods are caught between the memory of that oppression and the hope of upward mobility. From the racial and economic elements derives a moral pattern, seen as one of inferiority complex (on the psychological level) and betrayal (on the ethical). Its is essentially the clash of guilt (caused by Spanish origins) versus shame (Indian heritage), also called ancestral ghosts. The style of expression that has become Icaza’s trademark includes the distortion of Latin American or Ecuadorian Spanish through phonetic, morphosyntactic and lexical features, to represent the Indians’ speech.

The result reinforces the idea that communication and respect among social groups is difficult and does not take into account that to be truly realistic the Quechuas would have to be seen as speaking their native language rather than Spanish. Interestingly, this feature of Icaza’s fiction has also resulted in strongly contradictory evaluations by critics. One group of critics sees Icaza’s naked portrayal of injustice as an effective, realistic “call to arms.” Another sees his attitude as dehumanizing and too ambivalent, signifying a fatalistic, prejudiced belief in the eternal suffering of the Indians, an Existential condition as it were, part of an inherited and unalterable hierarchy.

The contrasting viewpoints still question the role of violence, incoherent or nearly incoherent speech, and the ugliness of poverty in representing Latin American history by means of literary creation. How real is too real? Is there any hope for improvement in the conditions that are so negative? Can the Indians whose social awareness is so limited really become the social equals of other groups?

Icaza will always be read for his blatant style of portraiture, applicable to much of the Andean area, and for his unforgiving, insistent revelation of intergroup relationships as characterized by exploitation, fear and lack of communication. The highland population is comprised of the Indians, the mestizos, and the “unholy Trinity of the Indian,” as designated by the Peruvian Manuel González Prada: the clergy, the politicians, and the wealthy landowners. The author himself was satisfied that his work was a service to the lower-class people. Not every reader agrees.

Jorge Icaza Corolonel was born in Quito, capital of Ecuador, 10 July 1906. After being widowed, Icaza’s mother married a politician who was persecuted by the government. His family fled to country estate of a relative. Studied medicine at Central University of Quito, but forced to abandon studies in 1924 on the death of his stepfather and mother. Icaza entered civil service and worked in the Treasury of the province of Pichincha. Later he acted in the National Theatre (Compañía Dramática Nacional) where he met the most distinguished Ecuadorian actress of the period, Marina Moncaya, whom he later married.

He wrote plays which were published in small editions and made no impact on the public. Around 1937 he gave up his civil service job and bought a bookshop in Quito. Icaza became the co-founder, with other writers, of the Ecuadorian Syndicate of Artists and Writers and was for several years its general secretary. He then entered politics and joined the Concentración de Fuerzas Populares. His diplomatic travels took him to to China, USSR and Cuba. He was awarded the National Prize for Literature in 1936. Died 26 May 1978.

Samples of his work available in English, online include (live links):

The first chapter from Huasipungo (translated by Bernard Dulsey, via Google Books).

Jorge Icaza and His Ecuador, by Bernard Dulsey (via Jstor, account required).

Review of the Icaza novel, Atrapados, by Theodore Sackett (via Jstor, account required).

E-notes summary and analysis of Huasipungo.