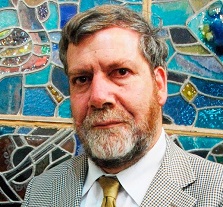 Eliécer Cárdenas Espinosa was one of the very few Ecuadorian writers of his time to author novel, Polvo y ceniza, (Dust and ash) that became a popular bestseller with the country’s readers. More than forty years after its’ publication it remains the most widely sold novel by an Ecuadorian.

.
Born in 1950 to Arturo Cárdenas and Soledad Espinoza, he was the second of their nine children. He was a prolific reader in his youth, but was bounced from school to school due to his inclination to question, and even protest, authority. At 15 he began to write his own stories featuring indigenous themes and published his first story at 21. Around this same time he was arrested for protesting at the Ministry of Education and demanding that the state provide free university tuition to all students. In 1976 he obtained a degree in Social Sciences from Ecuador’s Central University.

He then spent two years working on Polvo y ceniza, which won first prize in a state-sponsored contest for writers under 40, and which subsequently went on to become the most widely-sold novel in Ecuador’s literary history.

Polvo y ceniza takes as its subject the real-life “Ecuadorian Robin Hood,” Naún Briones, who was born into poverty in the community of Loja, was imprisoned by the state for several years for attempting to return a mule which had been taken from his mother, and then embarked on a life of altruistic crime, stealing from the wealthy to help the poor, before being ambushed and shot, along with two accomplices, by Ecuador’s military.

Polvo y ceniza resonated with Ecuador’s reading public and became a popular bestseller. American scholar, Kenneth J. Wishnia, writes the following:
.
“In ‘the many stories that circulated about Naún Briones,’ including the episodes where he apparently reproduces himself into numerous false Naúns…Cárdenas offers us the paradox of a rebel hero who, by virtual of being a hero, even a popular hero, becomes a somewhat semi-official figure, who therefore is ready to be appropriated by the dominant powers. Part of Cárdenas’s narrative project is to re-appropriate the images of Briones from its opposite but fixed places within the official and the popular domains in order to give us unstable images and thus, in the author’s own words, ‘rescue those of our characters who have been hidden by history and official literature.’”

Cárdenas was later elected as president to Cuenca’s Casa de la Cultura before winning Third Prize at Ecuador’s National Biennial Novel competition for Que te perdone el viento (May the wind forgive you). Another novel, Morir en Vilcabamba (To die in Vilcabamba) won the Espinosa Pólit prize and was later made into play by the author. In total, he published 12 novels, as well as five volumes of short stories.

Elíecer Cárdneas died of a heart attack on September 26, 2021. He is survived by his widow, Carmen Patiño Ullauri.

The short story, “The Great Spirit.”